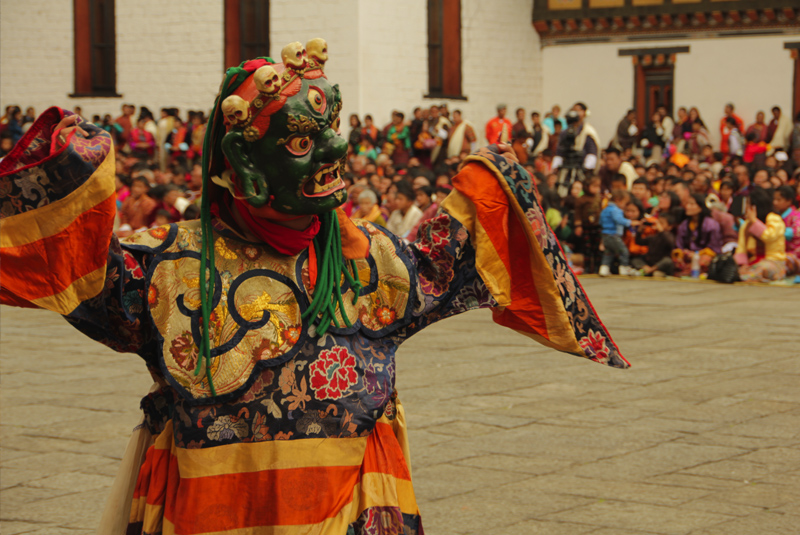 One of the biggest festivals in the country is the Thimphu Tsechu.This festival is held in the capital city for three days

Beginning on the 10th day of the 8th month of lunar calendar, the three-day event draws thousands of people from neighboring districts.

When the 4th Desi, Gyalse Tenzin Rabgay initiated the tsechu in 1867, it consisted of a few dances being performed strictly by monks. In 1950s, it went through a major change. The third King Jigme Dorji Wangchuck, introduced numerous Boed chhams (mask dances performed by lay monks). These dances added colour and variation to the festival while ensuring the spiritual significance remained intact.

Besides the annual three-day tsechu, Thimphu also celebrates a one-day festival known as the Thimphu dromchoe. The festival dates back to the 17th century. It showcases the sacred dances dedicated to the chief protective deity of Bhutan, Palden Lhamo.Legend has it, that the deity Pelden Lhamo appeared before Kuenga Gyeltshen, who was recognised as the reincarnation of Jampel Dorji, son of Zhabdrung Nawang Namgyel.