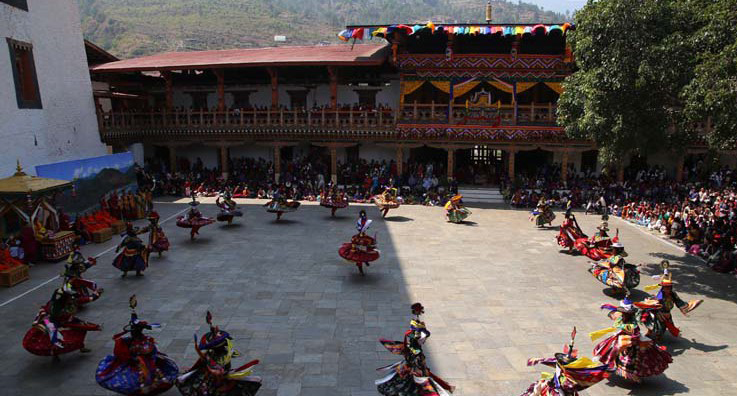 The Punakha drubchen is a unique festival because it hosts a dramatic recreation of the scene from the 17th century battle with Tibetan army. The ‘pazaps’ or local fighters, dressed in traditional battle gear, reenact the ancient battle scene. This reenactment harkens back to the time when, in absence of a standing army, men from the eight Tshogchens or great village blocks of Thimphu came forward and managed to expel the invading forces. Their victory ushered in a period of new-found internal peace and stability.

These two festivals not only play an important role in preserving Bhutan’s rich culture and traditions but also provide devout Buddhists with an opportunity for prayer and pilgrimage. They reflect the richness of the Bhutanese cultural heritage and are very special in the eyes and hearts of both Bhutanese and tourists who visit Bhutan.