You are here: Home / Environment 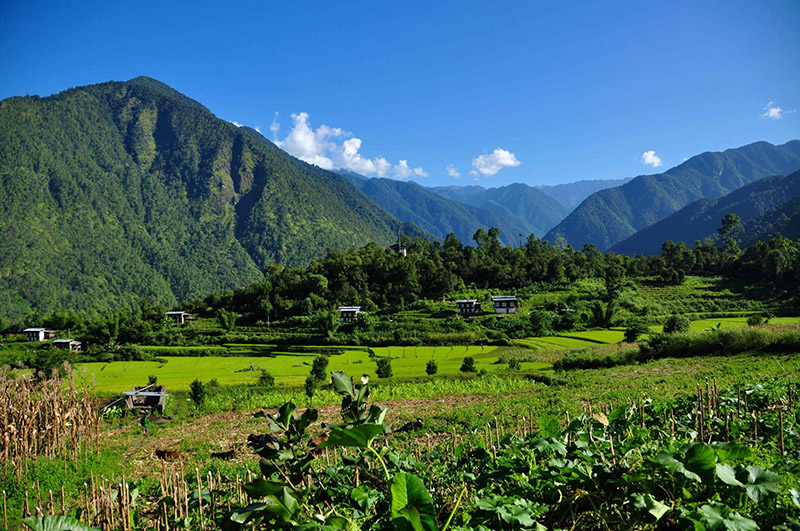 If more than 72 percent of Bhutan is under forest cover today and most of it in pristine condition, it’s because of the cautious move we have made on our path to development since the 1960s after opening its doors to the outside world.

Further, Bhutan’s most significant undertaking in environment conservation is the articulation of maintaining 60 percent of forest coverage for all times to come in the country’s Constitution.

With around 72 percent of the total land area under forest cover and approximately 60 percent of the land area under protected areas comprising 10 national parks and sanctuaries, Bhutan is also one of the world’s last remaining biodiversity hotspots. This has also been possible because of the country’s location, and unique geographical and climatic variations.

Nestled deep within the Himalayas, Bhutan ecosystem is both rich and diverse. It has an unparalleled richness of flora and fauna in the country.

The country, therefore, is a perfect destination for environmentalists and zealous horticulturalists given that 60 percent of the common plant species found in the Eastern Himalayas are found in Bhutan. There are reportedly about 46 species of Rhododendrons and over 300 types of medicinal plants in the country.

The country is also home to a myriad of animals, including some biologically significant species. The White Bellied Heron may be globally threatened, but a small and significant population is found here in Bhutan. Similarly, Tigers are globally endangered, but in Bhutan there is a viable population.

The tropical forests in the south are, meanwhile, a haven for Clouded Leopards, Elephants, One Horned Rhinoceros, Water Buffalos, Golden Langurs, Gaurs, Swamp Deer, Hog Deer, Horn Bills and many other species.