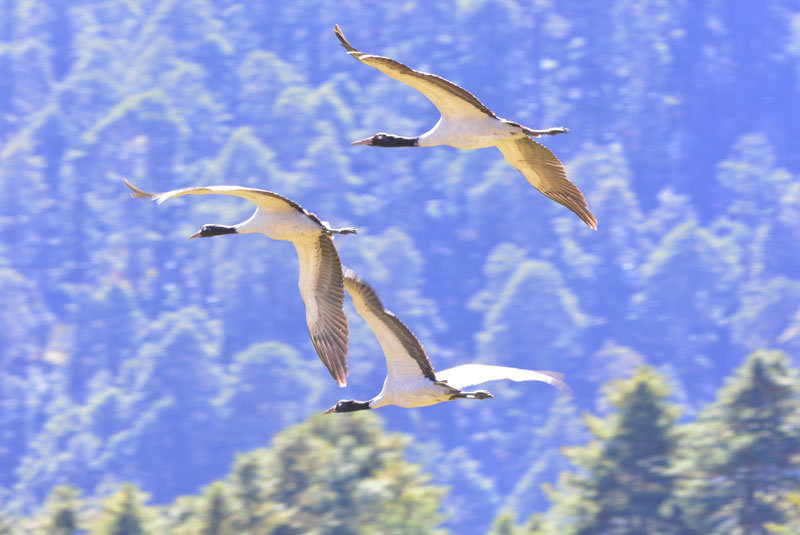 Bhutan is a paradise for bird lovers and ornithologists. Over 670 species of birds have been recorded and many more are yet to be discovered. Around 50 species of the known birds are winter migrants. These include ducks, waders, birds of prey, thrushes, finches and buntings.

Bhutan is home to many species of birds that are in danger of extinction, including the Imperial Heron, which is one of the fifty rarest birds in the world and the rare Black-Necked Crane, which breeds in Tibet and then migrates over the Himalayas to Bhutan during the winter months. The Cranes can be spotted in Phobjikha Valley in Western Bhutan, Bumthang in Central Bhutan and in Bumdeling in Eastern Bhutan.

They migrate to these winter roosting sites in the months of September and October and fly back to Tibet between February and March.

The following is a comprehensive list of the endangered birds of Bhutan: